Grab a Mediterranean Sandwich and Baklava for Dessert at Balkan Grill

There’s no need to wait until October to celebrate Oktoberfest in Alexandria. You can now shout "Prost!” and clink beer steins year-round with the early March opening of Village Brauhaus, an Oktoberfest-themed German restaurant. It’s owned by Bill and Chelsea Gross, a married couple who also own a beer garden in Queens, New York. With their second restaurant concept, they wanted a more family-friendly feel with a focus on food, offering classic Bavarian eats such as giant pretzels, bratwurst and wienerschnitzel.

The inside of Village Brauhaus is festive, with fabric streamers running from the center of the ceiling to the corners to give diners the feeling of being in the Hofbrau tent in Munich. The first floor has traditional restaurant seating and the second floor it set up more like a beer hall. Given that the focus is on the food, the ingredients are carefully sourced — even the sausages are brought in every week from a German butcher in New York City. German beer flows from 12 taps, and purists will be happy to hear that it’s indeed served in authentic one-liter beer steins. 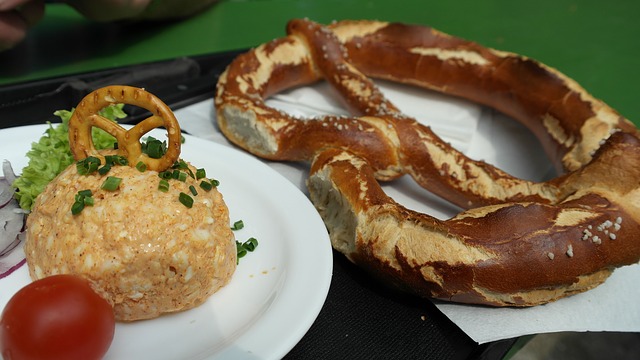